Is Storm Gareth Causing A Draught?

We’ve all witnessed the impact storm Gareth has had on the UK this week, with winds reaching speeds of 90mph. Gareth is the largest named storm to affect Britain since storm Doris in February 2017.

Gareth is a funny name for a storm some might think, but interestingly the Met Office decided to start giving storms boys and girls names back in 2014, in the same way they do in America. The first windstorm to be named was Abigail on 10th of November 2015. The Met Office hoped that naming big storms would make people more aware of them and how dangerous they can be.

In September 2015 the Met Office started a special campaign called ‘Name our Storms’, asking the public to send in their suggestions for names. The most popular names put forward by the public are made into a list along with other names suggested by Irelands equivalent of the Met Office, Met Eireann. But not all storms are big enough to get names, only the ones expected to cause significant damage and have the potential to cause an amber ‘be prepared’ or red ‘take action’ warning, will be named. Has your name made the list?

The current storm we’re experiencing was named Gareth as it has been given a yellow weather warning, this could easily move to an amber as the storm progresses. Structural damage to buildings, trees blowing down, possible power cuts are all expected. But the main thing you may have noticed is your draughty windows. As a Window company we have thousands of customers each year looking for help with keeping the draughts out of their windows and doors. We supply A+ energy rated windows as standard, they’re not only energy efficient, they’re also Secured by Design.

The thermal efficiency of a product is categorised by its U-value, a measure of how much heat is allowed to escape through it. A well-insulated building component will have a low U-value.

You can also gain an indication of the energy efficiency of window products from their Window Energy Rating (WER) which works much like the energy ratings you see on fridges & washing machines – products with a rating of A and above will deliver the best level of energy efficiency.

All of our products are optimised to achieve the lowest possible U-values and best performing WERs, ensuring you’re in control of the temperature, whether its super-sunny or snowing outside! This means you can keep your room comfortably warm and energy efficient all year round.

For more information regarding the energy efficiency of any of our products or builds just get in touch with one of our friendly advisors. 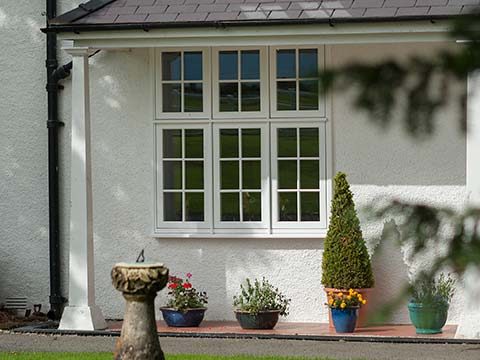 Sales Tactics We Recommend You Avoid When Buying Windows

The double-glazing industry has a much-enhanced reputation compared to how it was perceived by the public back in the 1980’s and 1990’s. Companies like Trent…

The Home Décor Trends Expected To Emerge In 2020

We like to try and continuously keep up-to-speed with the newest and emerging home décor trends, not just for ourselves, but also for the benefit…

Looking to save money this year so that you can afford that family holiday or buy that new car you have had your eyes on?…

Read more
Get a quote now! Request a brochure Book Appointment
Get a Quote Now!