National Home Security Month – Could Your Home Be Better Protected?

Summer seems a distant memory now as the nights draw in fast and conditions get colder. With the winter season approaching comes a very credible threat to all homeowners – the threat of theft!

October is officially National Home Security Month, and has been annually since 2013. This initiative is a reminder to homeowners that burglars are most likely to attempt to force their way into their living quarters at this time of year, and to provide them with precautionary measures they can take to stop that from happening.

We have come up with three of our own top security tips to help you beat any burglars at their own game:

Our most secure replacement windows can be found in our EXTREME range, and they’re one of the few window systems to have received the Secured by Design accreditation.

Heading to Lapland or planning on spending the festive season with family members living abroad? If at all possible, try not to leave your house empty for the duration of your trip.

An accumulation of post in your letterbox, permanently drawn curtains and a lack of light in the property at night won’t go unnoticed by thieves, so ask someone you trust to take care of the place in your absence. They could either live in it or pop in once or twice a day.

You would presume that most properties are alarmed, but quite the opposite actually, with lock experts, Yale, discovering that 70 per cent of British homes don’t have an alarm system. It’s a staggering figure and one that you might be contributing to.

A quality alarm system will be able to quickly detect an attack on your home and trigger an audible sound loud enough to make a thief have second thoughts about robbing your belongings.

Our team would be delighted to help you feel safer and more secure at home. Put in a request for a FREE quote for new windows and doors to strengthen your current security levels.

Looking to save money this year so that you can afford that family holiday or buy that new car you have had your eyes on?…

Why Do I Get External Condensation On My New Windows?

When you pull back the curtains first thing in the morning at certain points of the year, you will often be greeted by the sight… 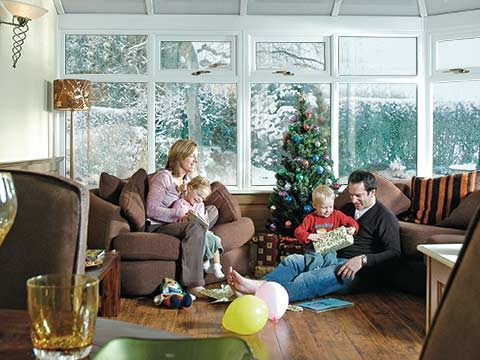 How To Make Your Conservatory Feel Fantastically Festive

Christmas is quickly creeping on us and now less than two weeks away. If you’re well-organised, you should have finished the bulk of your Christmas…

Read more
Get a quote now! Request a brochure Book Appointment
Get a Quote Now!